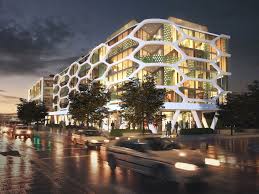 Apartment Living Is The New Black

Apartments are selling almost three times as fast as houses in pockets of Sydney, with returning first-home buyers and cashed-up downsizers fuelling demand in a cooling market.

Houses in Sydney traditionally sell faster than units, but are now spending equally as long on the market, with both taking an average of 67 days to sell over the six months to August.

While all properties are slower to sell, units have been less affected year-on-year, with Domain Group data showing sales campaigns increased by nine days for apartments, but 20 days for houses.

“They are now on par … reflecting the trend of clearance rates and prices for units holding up better relative to houses, which have seen a more rapid increase in the time they spend on the market.”

Though houses still sell quicker in most regions, apartment owners have the time advantage on the lower north shore and northern beaches. 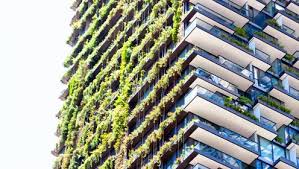 The time it takes to sell a house on the lower north shore increased by 20 days year-on-year to 54 days, while the average time for apartments remained flat at 41 days.

Dr Powell said affordability constraints and the return of first-home buyers were behind the continued demand for apartments in the area.

“First-home buyer activity has been rising, those buyers are looking towards the lower end of the market, but they don’t want to be on the outskirts … they’re opting for units that get them closer to the CBD.”

It’s music to the ears of Lauren and Brett Drayton, who put their first home, a two-bedroom Cremorne apartment, up for sale two weeks ago. Looking to upsize ahead of the birth of their second child in December, time is of the essence.

“We decided to sell because there has been a market dip, which makes upgrading a bit more affordable, but we need to sell before we buy,” Mrs Drayton said. “At first we had thought we couldn’t afford to [upgrade] … that’s why we’ve cut it so fine. We saw an opportunity and thought we’d take it.”

With apartments in Cremorne spending an average of 25 days on the market, the young family shouldn’t have to wait much longer.

In addition to the return of first-home buyers, the lower north shore apartment market is being propped up by demand from downsizers looking to live closer to the city, said selling agent Jon Snead of The Agency North.

Mr Snead said proximity to the city and beaches and fewer concerns of oversupply were other factors behind the quicker sales in the lower north shore and northern beaches. Tighter lending restrictions meant more buyers were turning to apartments.

Strand Property Group director and buyers’ agent Michael Ossitt said houses sales in the northern beaches had been less affected — increasing by six days year on year — as more buyers were moving there to upsize.