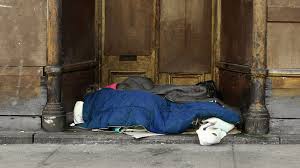 What Is The Real Reason Behind The Number Of Homeless?

Victorians are more likely to believe homelessness stems from drug and alcohol use than systemic issues such as housing affordability or the availability of social housing, a new government-backed survey shows.

The results found that one in five of those surveyed viewed homelessness as the most serious issue facing Victoria today. Overall, respondents ranked it as a more serious problem than bushfires or traffic congestion.

While most people had a high level of empathy for those without a roof over their head, 12 per cent viewed homeless people as a “nuisance”. And 15 per cent said it was the responsibility of a homeless person to get themselves off the streets.

When asked to nominate the main causes of homelessness, 60 per cent of those surveyed listed drugs and alcohol, 43 per cent said mental health issues and 34 per cent said domestic violence and abuse.

Fewer people thought homelessness mostly stemmed from unemployment (30 per cent), cost of housing (20 per cent), a lack of public housing (16 per cent) or low incomes (13 per cent).

“It really is the denial that there is a systemic crisis,” the Minister for Housing and Homelessness, Martin Foley, told the National Homelessness Conference on Tuesday.  “It’s [considered] the individual’s fault, not ours.”

“I wonder what it will take to turn around some of those deeply ingrained attitudes to homelessness.”

Overall, most people surveyed wanted to help homeless people with 57 per cent donating their time, money or goods. But almost 40 per cent were either unsure of the best way to help or questioned whether their efforts were effective in the long term.

According to Mr Foley, there is a disjuncture between the community’s understanding of how to address homelessness, and the views of frontline services and the not-for-profit sector.

“Our homelessness crisis is being driven by a shortage of low-cost housing, pure and simple, but the dominant narrative says that it is poor personal decisions,” Ms Smith said.

She said the focus needed to be on providing more than “Band-Aid comforts” such as blankets or food for people on the streets. “We should be aiming to end homelessness, and that requires more social housing.”

The state government has announced it will create a $1 billion growth fund, from which interest earned would be used to deliver up to 2200 new social-housing places over five years. About 82,000 Victorians are on the public housing waiting list.

A quarter of Victorians said the state government was not doing enough, while 8 per cent said it was doing too much.

In comparison, just three in 10 people said the federal government should do more to tackle homelessness.

Mr Foley said the federal government was responsible for many policy levers that affected homelessness, such as taxation, welfare and rental assistance. “As the crisis continues to mount, we have a national government that is totally absent from this conversation,” he said.

The Turnbull government has pledged to maintain its current funding of $1.3 billion each year under the new national housing agreement. Given the country’s growing population and enduring housing stress, critics say it will not be enough to cover the cost of current services.

Only 20 per cent of those surveyed believed the private sector should do more to address homelessness, while charities were perceived as giving the most support to the homeless.